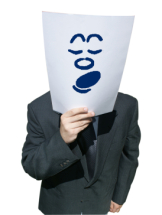 I just listened to this interview with Seth Godin. He gives really good advice about how to successfully run a business. You should definitely listen to the whole thing if you want to make more money with your blog.

These are harsh words, but the first step to solving a problem is admitting that it’s there.

If you don’t fit Seth’s criteria, if people are talking about your blog, congrats. Keep doing what you’re doing. But I think for most of us, people don’t talk much about our blogs.

So, what’s the remedy? Seth recommends being different.

Stand Out From the Crowd

If you want to be more interesting and less boring, you need to do something that the other blogs in your niche are not doing.

At the 39:34 mark, Seth tells an anecdote about a street in New York City with 18 Indian restaurants. One of the Indian restaurants claimed that they had the spiciest curry in the city. They had a deal that if you could finish a bowl, you got it for free.

Guess which restaurant had the most customers? The one with the spicy curry offer.

Yes, this advice of being different is not new at all. In fact, it’s become a cliche in online marketing circles. But how many of us are actually different from our competitors? If we’re honest, our blogs are very similar to other blogs.

We underestimate how similar we are to our competitors. Consider the following experiment.

Take a post from your blog and a couple posts from other blogs in your niche. Blank out the names and print the posts without the formatting and blog design. With just the printouts, would people be able to tell which post is yours?

To be different, we’ll have to be risk takers. It’s risky to break away from the crowd and do things differently. But like the Indian restaurant, we need to figure out our own unique offer. We need to find something to stand for.

Taking risks will leave us open to criticism since there’s always a group of people that doesn’t like change. Innovators have always had their critics but the critics shouldn’t keep us from taking action. As long as we have enough supporters, we’ll be fine.

Like I said, I’m boring. After listening to Seth, I realized that most of the content on my gaming blog can be found on other blogs. The main reason I still get a lot of traffic is because my competitors don’t do keyword research.

But that’s hardly a competitive advantage.

There are a couple blogs with much lower traffic that have more influence than me. They have more natural links, Twitter followers, and comments.

I tried to apply Seth’s principles and I came up with these three action items.

I cover too many topics. This is a consequence of just being lazy and not taking the time to figure out the core of my blog.

I realized I’m only really interested in two topics, so I’ll only write about those. This should differentiate my blog since most blogs cover a lot of topics. My niche is pretty big so I should still have a big enough audience to support a business from the blog.

2. Cover a topic that doesn’t get talked about a lot.

One of my topics doesn’t get much airplay, so I was hesitant to write about it. But after some research, I think there’s a market for the topic.

I’ll probably have to sacrifice some short-term traffic. People are not searching for keywords on the topic and I get most of my traffic from the search engines. But by covering the topic, I hope to create my own keywords and make them popular.

For example, a couple years ago seo book was not a popular search term until Aaron Wall saw a market for a book and released his SEO ebook. Once his book was released, the keyword started to pick up and now it’s popular.

3. Sell my future product at a higher price point than the norm.

I’m working on a membership product that I hope to release in the next couple of months. I was going to charge the same price as other membership products in the niche. But I always felt those prices were too low. Also, my product will cover the topic that doesn’t get much coverage, so I should be able to charge more.

Are you different from other blogs in your niche? If you are, please give specific examples on how you are different. If you’re not, how can you stand out from the crowd?