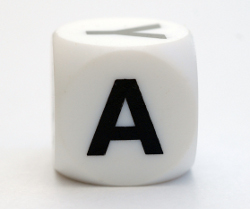 When I first learned about problogging, I definitely looked up to the A-List blogs. You know, the TechCrunches, the Gizmodos, the TMZs, the Daily Koses, the Mashables. These were the blogs that had made it. They were the most high profile blogs. They had the most traffic. And more traffic meant more money, right?

An Easier Way to Make a Living

I realized that it’s very difficult to reach A-List levels of traffic. Just from a odds perspective, only a few can reach A-List status. Not everyone who seeks A-List status will achieve it. There just isn’t enough demand for many A-List blogs in any given industry.

Think of the classic bell curve. Most of us will languish in the middle of the curve.

However, that doesn’t mean we can’t make a decent living. I realized that there are many mid-level bloggers that make a good living. They don’t get a lot of press because they don’t have nearly as much eyeballs as the A-List bloggers. But they love what they do and they provide value to their industry.

If your goal is to earn a decent living with blogging, those mid-level bloggers are much better examples than the A-List ones. It’s much easier to get the mid-level traffic than A-List traffic. Sure, you probably won’t earn millions of dollars but you’ll have a much better chance of being able to quit your job.

One thing I noticed a lot with the mid-level blogs is they have their own product. This is one of the main things that separates them from the A-Listers. A-List blogs need a ton of traffic because their main income source is advertisers. But mid-level blogs have learned how to make more money per visitor.

Creating and selling a product is the key. With a product, you can earn more with less traffic because you don’t have to split profits with advertisers and affiliate programs. It will take more work to create a product than to manage ads and affiliate products, but once you’ve done it, you have a recurring income stream all to yourself.