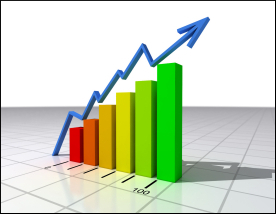 Steven Pressfield is great example of perseverance for anyone in the creative field including bloggers. His first couple novels never saw print. But he kept at it and 17 years after his college graduation, he finally got a book published and received a paycheck. His later books became bestsellers.

In this podcast interview, he gives a couple productivity tips that have really helped me in my blogging.

The Writer Life is a Battle

At 1:41 of the podcast, Pressfield talks about the writing process as a war. To succeed, you have to have similar qualities of a good warrior; qualities like courage, patience, and long-suffering. He brings up the image of an infantryman that’s gaining ground on the enemy slowly but surely. In the day to day struggle, writing is like that.

This principle has helped me realize that blogging is hard work. Sure, there are days when the words come easily and I knock out a quality post in a couple of minutes. But those days are few and far between. Usually, it takes me awhile to get going. My first few sentences are pretty bad and I have to struggle to stay focused on finishing the post. By the time the post is done, I’m satisfied but I’m mentally tired.

Resistance is the Enemy

At 14:25, the interviewer quotes Pressfield’s book The War of Art:

There’s a secret that real writers know that wannabe writers don’t and the secret is this: it’s not the writing part that’s hard. What’s hard is sitting down to write. What keeps us from sitting down is Resistance.

Pressfield goes on to talk about Resistance as the negative force that rises up whenever we want to start a creative task. Resistance shows up in many forms: procrastination, self-sabotage, excuses we make up, reasons we give ourselves that we’re not good enough, self doubt, etc. The most important thing for a writer to do is overcome Resistance.

Pressfield says that Resistance comes to us in negative voices. Our task is to ignore the voices and realize that they are bulls**t. They are keeping us from making progress.

I found this principle very helpful because it showed me that I’m not alone in the creative struggle. If a bestselling author has to deal with Resistance, then I will have to deal with it too.

Also, by identifying the enemy, Pressfield helped me not to be surprised by Resistance. I am prepared to deal with it because I know it’s there.

Turn Pro and Stop Being an Amateur

At 25:00, Pressfield gives a great metaphor for overcoming Resistance. He says we have to “turn pro.” When we see ourselves as amateurs, we will yield to Resistance when our circumstances become tough or distractions come up.

But if we think of ourselves as pros, we’ll have the mindset to carve out daily time to pursue our creative endeavors. As pros, we won’t give in to external influences.

Pressfield brings up Kobe Bryant. During the season, his knees may hurt and his back may be sore, but he still suits up and plays in the game. Pros like him don’t make excuses. They see their task as a job instead of a hobby.

Pressfield says a mysterious thing begins to happen when we turn pro. Inspiration starts to flow regularly as we persevere and make it a habit to work on our craft daily.

Make sure to listen to the whole interview where Pressfield has more advice for writers. Check out his book The War of Art for an in-depth treatment about productivity and overcoming procrastination in the creative process. Also, he started a new blog, which includes writing tips.

6 thoughts on “Productivity Tips For Bloggers From a Bestselling Author”