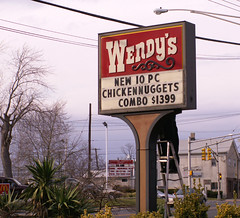 I’ve been a professional blogger for around two years now, and I got my big break at Mashable. I managed to make a name for myself within the short time I was there, but a lack of creative freedom to write about what I wanted lead me to not being as enthusiastic about my job as I once was. The money was great, but it wasn’t worth the cost of having to write about what others wanted me to write about while my ideas were shot down left and right. I have to express myself freely in order to work well.

Was leaving a mistake? Absolutely not! It lead to other opportunities which I enjoy including this Performancing job which I love. I also started a blog for the first time in nearly a year, OnlyJames—my personal blog.

There are, unfortunately, mistakes which I have made that have taken their toll. Each one is an experience that I had to learn from if I expected to progress as a professional blogger.

G4TV—previously TechTV then G4TechTV—wanted me to appear on Attack of the Show—one of the most popular shows on G4TV—to do a 5 – 10 minute panel discussion with an editor from PC World or PC Magazine after I wrote an article about the potential death of Yahoo. Yes, it this is national television.

Sean O’Rourke, producer of Attack of the Show, sent me an email inquiring if I would be interested in taking part of the show:

I am a producer with G4TV’s Attack of the Show. We came accross your article about the death of Yahoo yesterday as we were planning our story for today’s show. Today on our show we’re going to be having a panel discussion on this topic and I am wondering if you would like to participate? The segment is sort of like something you might see on a cable news show. It will be you and one other guest talking about the points regarding Yahoo.

You would come to a satellite location so you can be on our show.

Sorry for the speed of this email but the show is at 4PM PST. I need to book people quickly.

I, reluctantly, rejected this opportunity. It was more of a fear about making myself look like an idiot than anything. I was questioning myself, and I wasn’t very confident with what I would have done on the show. Everyone else said I should do it, but I was the only one that was not ready.

After watching “The Loop,”—the portion of the show I would have been on—it was beyond obvious that both of the panel members didn’t have much of a clue about what they were talking about. It almost felt like both panel members were reading from my article. I was almost ready to kick myself by realizing how simple it would have all been. I had an opportunity to make myself into some technology genius that has been on national television, but instead I am an idiot for not doing the show.

It was one of the more prevalent bonehead moves on my part, and if I don’t ever get the chance to go on television again, I will forever have this chip on my shoulder. I must hope that I write something so impressive again as to have a television network notice it. Can’t be too hard, right?

If given an opportunity that will be great, take it!

Not Backing Up Data

After joining Performancing, CirtexHosting decided it was time to delete my site and replace it with a backup copy around four months old. The problem was that they forgot to inform me of this before it happened, and a simple email could have saved plenty of people from headaches. As a result, I was not very happy when this happened.

All sites need to have backups just in case something like this happens, right? Well, I had an automated backup performed on a weekly basis, and, furthermore, I backed up the entire site manually at the end of the month. I figured this was enough, and I felt comfortable knowing that my host would backup my data on occasion—everything was supposed to be perfect!

I would quickly learn that my perfect world was ruined when the automated backups were failing on the attempted restores, and the manual backup revealed that many of my images were never actually being backed up for some reason or another.

The end result is a blog without hundreds of pictures, many articles, and my motivation to fix it. To make matters worse, I restored everything on a different content management system which makes it extremely difficult to go back to WordPress.

After consideration of how much effort it would require to get what I want out of the CMS I switched to, it is simply not worth it at this time, and I am still hesitant to go out and hire someone to design what I envision. The blog in question just sits as I try to think of what to do with it. I am not blessed with the skills of artistic design, and I don’t have much time to tinker with things.

This mistake could probably be explained in another way: maybe, just maybe, all I need to realize is that I got what I paid for. I got ripped off, but I did, in fact, receive what I paid for. I tried going to cheap route, and it came back to haunt me. It was a huge and costly mistake.

Always test backups and sign with a reliable hosting company.

When I first started blogging professionally, I was not a very social person. This, of course, reflects my life outside of the internet as well as on it. Soon enough, with my desire to become a successful blogger, I started realizing that I would need to change if I was going to get anywhere in a realistic time-frame.

Blogging, from my perspective, is all about being social—you are communicating to people that read your content, but that isn’t good enough on its own. I was kidding myself by thinking I was social by simply writing on my blog. Only within this past year I began realizing the mistakes I was making. I needed to network myself more, but I wasn’t doing it correctly.

A lot of opportunities that could have been had when I first started blogging were lost as a result. I should have been more outgoing.

Now I talk to bloggers on a daily basis, and I am making new friends that are far more knowledgeable on the topics I write about. I’m learning from some of the best, and as my contacts grow, hopefully the opportunities will too.

Be more social—it can help create new relationships and opportunities throughout the blogosphere.

Mistakes Happen To Us All

Hopefully, reading about my mistakes as a blogger will help you to realize yours. Acknowledge them. These are not moments you dwell on, but, instead, you learn from them. Try your best to avoid making the same mistakes again.

I am interested in hearing about your biggest mistakes since becoming a blogger. Is there anything you wished you have done differently? Any opportunities that evaded you? Tell us about them in the comments section.

Subscribe to Performancing’s RSS feed if you want to have our content delivered to a feed reader near you.