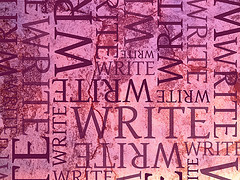 There’s an interesting anti- blogging op-ed rant in the Baltimore Sun by Garrison Keillor, an amusing American writing icon who’s known for classics such as Lake Wobegon Days and A Prairie Home Companion. In the rant, entitled “When everyone’s a writer, no one is,” Keillor gives an entertaining slap in the face to blogging and microblogging, suggesting that the Internet has made us both literate in terms of increasing reading interest, though simultaneously reduced the value of writing. I mean, who wants to pay for something when you can probably find it for free or which is easy to steal? [Via Writers Write.]

That sounds about right, but the irony that the Baltimore Sun’s web page has Google AdSense ads smack-dab in the middle of Keillor’s op-ed piece isn’t lost on me. If this is what traditional publishers think they have to do to survive, then so be it. Now, I just had an email conversation earlier today with someone who wants to buy a few old sites that I’d previously bartered from someone else. The potential buyer wanted me to also add more content, which I wasn’t interested in even before he tipped his hat by making a mention that you can buy 10 posts for $20. That was because I’d mentioned to him that when I had tried to find writers for my sites, that was what I was quoted, by people who knew the niche well.

The $2/post might be available for some niches, but you will get exactly what you pay for: writing that’s likely unreadable and would take you far too long to edit than just write yourself. Specialized niches, on the other hand, require you to stay on top of the market, do extra research. I won’t give away the niche, but let me put it this way: if I have to watch a 1.5 hour TV show just to do some research to write one single post for $2, there’s something seriously wrong with the industry. You can’t live off that kind of workflow and rate. Worse are those who think everyone should now write for that rate, regardless of where you live. (One guy from Buffalo, NY, a few years ago, offered me a $1.50/post even though I repeatedly said I lived in Toronto, Canada. I’m now in Silicon Valley, California, and even if I can still work from home, life is expensive here.)

Still, let me reassure you aspiring bloggers who actually have or can develop real writing skills, who have inspired writing (though not day in and day out), that you can make living. I doubt most of you will achieve blogging success if you blog for advertising dollars, but if you align yourself with clients who sell products and/or services — or sell your own — then it’s possible to make a living writing online, even excel at it. Just don’t let the ease of blogging subvert you from building your writing skills. Blogging platforms like WordPress are merely writing tools, just like the now-ancient IBM Selectric typewriter was that I first started cracking out my short stories and poems on.

On a side note, it’s the seventh birthday of the WordPress blogging system — one of the key propagators of the online publishing revolution. Matt Mullenweg, founder of WordPress and Automattic, shares some thoughts about this occasion and mentions that version 3.0 is near (it’s available in beta form). He also notes that that WP development community now numbers over 1,500 active members contributing to what the GPL software is today — that is, much more than a blogging system. Happy birthday, WordPress.