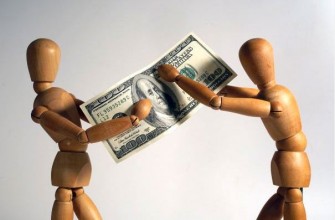 We are all familiar with the expression “Nice guys finish last”.

The basic idea is that if you’re a nice person, working to avoid conflict and make other people happy as well as yourself, that the people without such concerns will kick and elbow their way past you, leaving them in the dust.

In short, if you want to get ahead you have to step on toes, break hearts and ruthlessly cut dead weight.

This expression is especially popular when it comes to the law. Everyone is about drawing boundaries, defining what their rights are and preparing, if needed to defend them to the hilt.

But is that really the best way? There’s a big difference between being a nice guy and being doormat. Just because you can resolve conflicts with a smile and a (virtual) handshake doesn’t mean you’re going to finish last.

In fact, there are many reasons that you’re going to come out ahead if you are a nice guy and show a little kindness online, even to your supposed enemies.

There are many reasons for that, but here are five major ones to consider.

1. You Save on Legal Bills

This one is pretty obvious. If you use the law as a club and threaten people who do things you don’t like, eventually you’re more likely to either be forced to sue or, even worse, get sued.

Even if you’re completely within your rights and win the case handily, you can spend thousands of dollars dealing with it and wait years for a resolution.

In short, the legal system, even at its best, is a long, convoluted and expensive process that you would be wise to avoid if you can. It’s sometimes necessary, but usually it isn’t and it’s rarely worthwhile.

There’s another cliche about attracting more flies with honey and it’s very true.

When you have a disagreement with someone, digging in and preparing to defend your position rarely does anything but cause the other side to do the same.

But while that may be fine if you don’t want that person in your life, the truth is that not everyone you have a disagreement with, even a serious one, is necessarily a jerk. If that were true, all marriages would be amazingly short.

If you take the time to try and resolve the conflict peacefully, without yelling, threats or legal action, you might learn that they aren’t a bad person at all and resolving the dispute might be the start of a friendship, partnership or, in my case, the signing of a new client.

In short, if you give people a chance, they might surprise you and that can lead to some great things.

Fighting takes a lot of energy and focus. While sometimes it makes sense to go to war, battles and disagreements drain your energy, focus and time. Every second you spend in a shouting match, threatening legal action or arguing about whatever it is that got you upset is time you’re not spending doing something productive.

Whether you’re writing a novel, building up your blog, promoting your business or just spending time with your family, the things that make you and your life richer aren’t going to be found in most fights.

Standing up for what you believe in is one thing, but you have to pick your battles and prioritize what you go to war over because your time on the front lines is time away from everything else.

4. You’ll Be a Wiser Person

It’s often said that a smart person is one who can hold two or more opposing viewpoints in their head at the same time without going insane.

Even if the person who angered you is in the wrong, legally and morally, their viewpoint can be valuable. Even if you can’t resolve the dispute, taking the opportunity to hear them out and try to find a good compromise subjects you to their opinion and gives you a chance to understand it.

Even if you end up rejecting their views wholesale, being able to listen and consider their viewpoint will make you a smarter person who is able to make better judgments and approach future conflicts with a better understanding of all the viewpoints.

Besides, everyone on this planet knows at least one thing that you don’t know. The only way you’re going to learn is by listening.

5. Your SEO Will Improve

It’s a simple fact, more and more people are using Google to glean information about people they’re looking to hire, work with, date or otherwise be involved with.

So what do you want your Google to say about you?

Between social media, blogs, forums and even sites dedicated to the cause, anyone can post a review about anyone else. While this means almost everyone active online will have a few negative things said about them, there’s a huge difference between having a handful of detractors and an overwhelming number of people with negative things to say.

If you want the people you don’t know to like you, you need to make sure that as many people you do know like you. That includes those you are at odds with.

It wasn’t that long ago that a person’s reputation was built by word of mouth. Being a nice guy often didn’t make sense (from a purely practical standpoint) because one was often moving up well ahead of their reputation and, by the the time it caught up with them, they were one of the ones in power.

But today the conversation about you travels at the speed of light. While you don’t want to be a doormat that lets everyone walk on you, you have to be careful both with how you pick your battles and, most importantly, how you fight them.

The adage of nice guys finishing last is becoming less and less true with time. Reputations today have to be earned and guarded in the digital age

Jonathan Bailey founded and continues to write at Plagiarism Today, a site about content theft and copyright issues on the internet. He also manages CopyByte, a company that protects online content, and writes a regular column for BloggingPro.