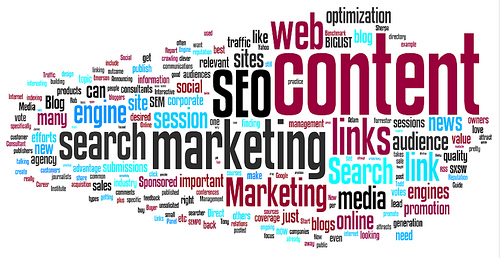 Are you struggling with production due to waiting…and waiting for the Internet to start up? Or, perhaps your web meetings are getting shut down unexpectedly, with temporary disconnections. Another concern is wasting time sitting in airports, doctor offices, or even in line at the grocery store, when emails are piling up.

I realize that a big perk to working on our own and independent from the rules and boundaries of the corporate world is that we have the flexibility to sit in an airport, go to the doctors, or even shop when we feel like it.

But, that doesn’t mean we don’t want to maximize our time and make the most of it.

I like to learn. And, I have been doing a great deal of that through writing about topics I am unfamiliar with, as well as listening to those who have paved the path for fellow online entrepreneurs. One of the people I have been listening to is James Martell. He and his wife Arlene co-host the Affiliate Buzz, featuring informative podcasts on various topics.

The one I just listened to featured their son Justin as a guest, who had a lot of good information on how to keep our businesses running smoothly, so we can concentrate on content and marketing, rather than why our computer is running so slow.

A Little about Justin

I want to first share a little background about Justin, just so you can see he has some background in what he is talking about.

Just after he graduated from high school, he took a summer job at a computer store. He learned as much as he could about the ins and outs of computers, including the hardware behind it all. The determination to learn landed him a management position in one of the largest computer retailers in Canada.

So, let me share with you the information he was talking about on this podcast.

Routers can be considered the freeway of our Internet access. It will determine the speed, as well as how well we stay connected. If you are dealing with a sluggish system, and lose the Internet and calls often, it’s probably due to your router.

Many devices you have in your home are trying to drive through one router, such as laptops, iPads, Smart Phones, and even game systems and Netflix.

Justin likened it to trying to put 3000 cars through a 2-lane freeway, rather than a 6-lane freeway that could accommodate more cars…or, bandwidth. All the devices that I mentioned above use bandwidth, so your router needs to be able to handle it all. If you are working out of the home with an online business, then you will want one with a 300 bandwidth.

The good news is that you can pick one up for around $200.

The computer; the heart of any online business. Without it, the job would be impossible. Whether you choose to use a desktop, laptop, or iPad, Justin had a couple basic suggestions:

I want to add just a couple of my own that I have learned along the way, about protecting your system, such as:

The above information will help you in obtaining a decent system, as well as maintaining and protecting it.

If you don’t have one already, I suggest getting one. In getting back to standing in line at the grocery store, or sitting in a doctor’s office, this is where a smart phone could be your best friend. I have often checked emails while waiting for someone, or something.

Also, Justin pointed out that a Google Android allows access to Google Docs and calendar, as well as the ability to sync to social medias. In other words, if you use Facebook in your marketing, you can access, link, or send photos and videos directly from your phone.

Online businesses are great opportunities for people to enjoy flexibility in their life and still provide support for the household. However, it would be difficult to do so without decent equipment and tools and could lead to an early burnout.

David Crawford is a freelance writer, with topics ranging from medical, online business, to family. David is currently working on a series of articles on tools and equipment for online success, including iPads and iPad floor stands.