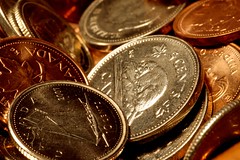 [Flickr credit: preciouskhyatt | CC.] The wonderful late Spring weather of the past few days always triggers “revelation” season for me each year – a time when I (re-)discover some truths about myself, particularly in terms of writing career. For example, it pains me to say this but up until very recently, I’ve unwittingly been focused on the financial aspects of blogging. In my defense, it wasn’t intentional – but that mindset was there nevertheless, and inexcusable. I did once blog because I loved writing, but thoughts of “career” intruded along the way and took over.

In fact, this mostly accounts for why I’ve blogged so many, many niches – probably beyond the average freelancer – in the past four calendar years. That is, other than originally being inspired by Darren Rowse/ Problogger, who made multiple niches work for him. But Darren is a rarity in the blogosphere.

The Truth and Fear

For me, there was always the subconscious fear that if I picked one niche and it was “wrong”, my paltry monthly income would disappear completely. Thus I “had to” make sure that I had my blogging fingers in all the niches that I was interested in – mostly from the times I wrote for the print medium. I would decide “later” which niche I should really be in and could focus on. But “later” never came, until I made it happen.

It was a difficult situation for someone whose entire earnings were dependent on blogging. My old career got away from me, and I had no significant other to rely on financially or emotionally. That lead to a panic state that can either be very obvious, or in my case, a mild, ongoing subconscious issue. Unwitting or not, being in a panic state doesn’t make for great writing. You lose track of whom you’re writing for, and probably end up writing “at” readers. Certainly a big turnoff for most people. (Writing “at readers is not the same thing as being authoritative.)

Instead of being unique, I blogged the same thing everyone else was, and did that in almost every niche I was into. Original content was inching out of my mental grasp. Instead of being truly edgy, I said things that got a rise because I thought that’s what I was supposed to do – not necessarily because I actually felt that way. Doing that meant losing any shred of charisma I might have once had, and alienating some top bloggers. Ruining your reputation for literally a few dollars per post isn’t worth it. Trust me on that one. Unless you’re like shock-jock Howard Stern, shock-blogging probably isn’t going to pay off. When I realized how much of an a-hole blogger I’d become, it became that much easier to stop being that way.

Since my revelation, I’ve vowed to myself to do two things. First is to get back to writing “for” readers, sharing what knowledge I can. Second is to narrow my focus down to just a very small handful of niches – something I’ve slowly been transitioning to all this year anyway. Now, I have a goal and a plan – to be constructively critical, not just critical – and a much shorter list of niches to monitor.

Having a goal, even for blogging, helps keep you focused. Having focus means having the time to get better in the few areas that you want to focus on, instead of spreading yourself thin. Getting better at what you’re writing about lets you write with streamlined clarity and confidence. This is what will get you the readers you want.

Have you had a blogging revelation? What have you done about it? Care to share that in the comments?